From Hollywood into Your Home: The Customer Digital Twin is Coming … with “IDS Inside” 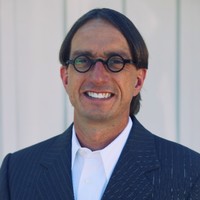 Deutsche Telekom is an active member of the IDSA launching coalition. Its Telekom Data Intelligence Hub (DIH) drives the adoption of IDS concepts, such as with its Trusted Connector, the first “IDS_ready” certified product. This IDS implementation is also planned for GAIA‑X, a project to create the next generation, federated data infrastructure for Europe that meets the highest standards of digital sovereignty while promoting innovation. Today, we will be able to use the Data Intelligence Hub as a starting point to aid the development of DaWID, a human digital twin initiative.

The arts are typically seen as a leading indicator of societal trends, pointing to a possible, probable or preferable future of mankind. One example is the human clone or cyborg or avatar. Hollywood invented or foresaw them a long time ago. Examples range from the dark to the mysterious, from director David Cameron’s 1993 “Terminator” movie with the T‑800 cyborg portrayed by Arnold Schwarzenegger … to director Spike Jonze’s Samantha, an artificially intelligent virtual assistant, played by Scarlett Johansson, in the 2013 movie “Her.” Now serious scientists and leading innovators around the world are working on its implementation in the context of human digital twins.

How to solve this conundrum? This dilemma made front page news during the Corona crisis: Wouldn’t it be great to be warned by an app that I am about to approach an infected person? Would it be a good idea to trace every single infected citizen? But what about protecting a citizen’s data privacy? The debate has made headline news: Germany Backs Away From Compiling Coronavirus Contacts In A Central Database (NPR, 2020-04-27), In U‑turn, Germany backs Google and Apple on virus app (DW, 2020-04-26). This is exactly the focus of DaWID: identifying solutions for a customer digital twin that are compliant with privacy laws, ethically correct and allow as much data usage as possible – including monetization – and as little privacy loss as necessary.

BMBF picked a thought leader, assembled a team of top scientists and innovators, and suggested a winning recipe. The leader is Prof. Dr. Boris Otto, a pioneer in the field of data governance and sovereignty, who was able to introduce a first, refined view on digital human twins to the German Chancellor, Angela Merkel, during the 2019 Digital Gipfel. The team is run by Dr. Sven Meister, a renowned healthcare digitization expert, and includes Fraunhofer ISST and IMW; KIT, Karlsruhe Institute of Technology, a German excellence university, idigiT, a healthcare expert affiliated with Uni Witten/Herdecke, and Deutsche Telekom’s Data Intelligence Hub with a novel data analytics Platform-as-a-Service offering and its IDS-based Trusted Connector solution.

This article is based on a longer piece on the Data Intelligence Hub Journal.

For a more detailed scientific and business perspective, respectively:

Christoph Schlueter Langdon is a professor in Data Science and Analytics; his doctorate involved Artificial Intelligence and Complex Adaptive Systems. At the Telekom Data Intelligence Hub he is a development executive responsible for partner on-boarding, data innovation, and mobility & automotive.
← SQS – the IDSA Evaluation Facility The Connected Factory (part 3/3) →