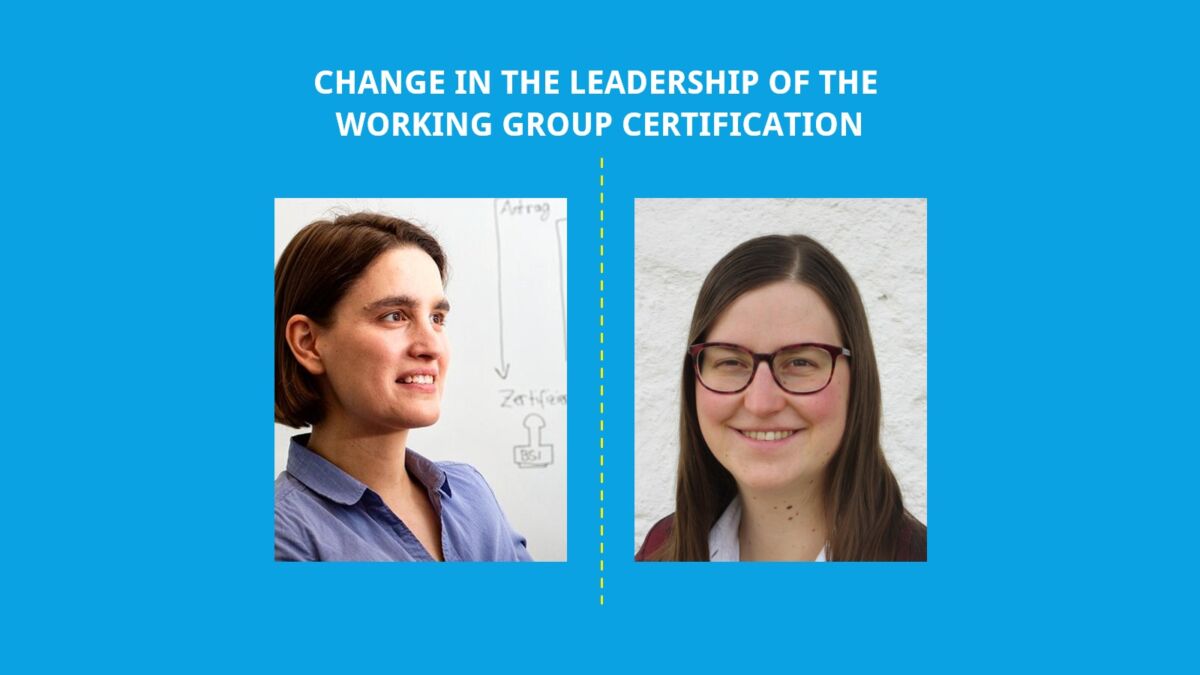 The International Data Spaces Association (IDSA) announces that Monika Huber has been elected as co-chair of the Working Group Certification. She succeeds Nadja Menz from Fraunhofer FOKUS, who has chosen to stand down as co-chair so that she can focus on her growing responsibilities in testing.

Nadja Menz, together with Aleksei Resetko from PwC AG, has been responsible for component certification since the beginning of IDSA. “We would like to thank Nadja Menz for her strong commitment as co-chair of the Working Group Certification and the huge efforts she has made in the past four years”, said Sebastian Steinbuss, CTO of IDSA.

Focus on the certification of components

Monika Huber is a research associate at the Fraunhofer AISEC. Although she has only started contributing to the IDS half a year ago, she already gained insights by working on research projects concerning trust-building in the IDS, participating in the IDS Winterdays in Paris last year and joining the Working Group Certification.

Monika Huber has a strong focus on component certification. “In my opinion, certification is an important part of the value proposition of the IDS and I would like to help to ensure a trustworthy ecosystem”, she says. “Hereby, my focus lies on the certification of components such as Connectors, Brokers and App Stores which would complement Aleksei Resetko’s expertise in Operational Environment Certification.”

To continuously drive their work forward, the members of the Working Group Certification exchange information on the Jive collaboration platform (Access for members only).

The Ecosystem Effect of Business Models Driven by Data Sovereignty