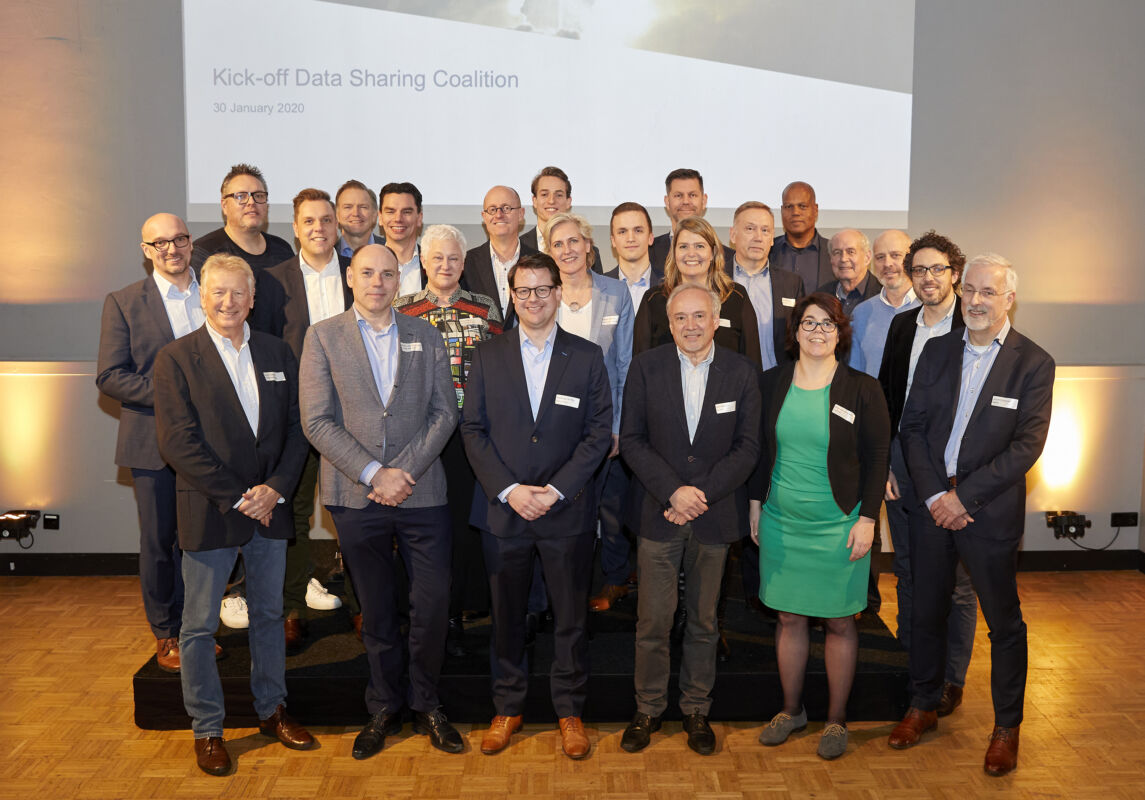 IDSA and the Data Sharing Coalition officially announced that IDSA will be part of the Dutch initiative. “We need a lot more of these activities and harmonization efforts involving more domains and data sharing ecosystems. This will really make data sovereignty happen and enjoyable”, said Lars Nagel, CEO IDSA, during the kick-off event of the Data Sharing Coalition in Utrecht on January 30th, 2020

Realizing data sovereignty is the target of the IDSA as an industry driven and not for profit organisation. The IDSA therefore decided to commit itself to the Data Sharing Coalition (DSC).

The DSC and IDSA are a perfect fit and complement each other:

The DSC focuses on harmonisation and scheme level. It focuses on developing a trust framework for data sharing initiatives based on cross-sectoral principles. Through this, the DSC aims at enabling sectoral and cross-sectoral data sharing between companies and creating use cases of data sharing – to support the digital economy and to drive value by enabling efficiencies and new products and services.

The IDS Reference Architecture developed by the IDSA and its member companies is an inter-operable standard for data sovereignty. The IDS architecture is considered as an enabler of data sharing ecosystems and data-driven business processes. It is the core element of more than 50 use cases, which can now be adopted by companies from multi fold domains: The standard is now established as DIN SPEC and on the way to becoming an ISO standard.

This DSC initiative originates from a research project conducted by the Dutch Ministry of Economic Affairs and Climate Policy in 2018. The Ministry has invited the market to organise itself and write a plan of action based on this research. The DSC started as a direct result of this. In addition to IDSA, 17 further organizations have committed themselves to the DSC, amongst them the IDSA member University of Amsterdam.

For the official press release.

For the newly established website of the DSC: http://datasharingcoalition.eu

The Ecosystem Effect of Business Models Driven by Data Sovereignty